Unfortunately for home buyers, the drop in mortgage rates isn’t likely to spur more people to put their homes up for sale

Mortgage rates in the United States have fallen to the lowest level ever on the heels of concerns stemming from the coronavirus outbreak.

The 30-year fixed-rate mortgage dropped to 3.29% during the week ending March 5, a major decrease of 16 basis points from the previous week, Freddie Mac FMCC,  reported this week.

Previously, the 30-year fixed-rate mortgage hit an all-time low back in November 2012 in the wake of the recession, when the average rate fell to 3.31%.

The decline in rates presents a major windfall for millions of homeowners across the country, who stand to save thousands of dollars in interest by refinancing. Furthermore, an estimated 44.7 million homeowners have $6.2 trillion in home equity that they could access through a cash-out refinance, according to real-estate data firm Black Knight, and now they have the chance to access that cash at a lower interest rate.

The 30-year fixed-rate mortgage dropped to an all-time low of 3.29% during the week ending March 5.

Mortgage rates have fallen throughout 2020 thus far, mainly in response to concerns related to the economic impact of the COVID-19 outbreak that began in China and has spread around the world. “Much remains unknown with this virus and its potential impact on human life and economic activity,” said Zillow ZG,  economist Matthew Speakman. “COVID-19 is here, and it will continue to be the main driver of mortgage rate movements in the coming weeks.”

Generally, mortgage rates track the yield on the 10-year Treasury TMUBMUSD10Y,  , which dropped below 1% for the first time ever this week after the Federal Reserve announced it was cutting its benchmark interest rate in reaction to the potential economic impact the illness outbreak will have.

While interest rates on home loans had followed Treasurys downward in recent weeks, the spread between the two had widened to an extent. Lenders have been hesitant to trim rates at such a fast clip for many reasons, economists said. For starters, they need to maintain their margins and don’t want to cut into their profits too much by reducing rates.

‘They don’t know how persistent these rates will be.’

— Tendayi Kapfidze, chief economist at LendingTree, on why lenders have held off from cutting interest rates more

The decline in rates has stoked another refinancing boom, said Sam Khater, chief economist at Freddie Mac. “Mortgage applications increased 10% last week from one year ago and show no signs of slowing down,” Khater said in the report.

Those who are considering refinancing shouldn’t wait on the sidelines, since it’s not guaranteed mortgage rates will drop much further than where they are now. Many lenders have hit their capacity in terms of how many loans they can process. While lenders have boosted hiring in response to this increased demand, they are worried about being caught flat-footed with excess staff when rates eventually move back up. “They don’t know how persistent these rates will be,” said Tendayi Kapfidze, chief economist at LendingTree TREE,  .

An emerging risk that those looking to refinance may want to consider is the possibility of government orders to shelter in place amid the coronavirus outbreak. “Are they actually going to be able to get people to their loan processing centers?” Kapfidze said. “Some of the work can be done remotely. But that might actually create friction in the system.”

As low rates have been a boon to those looking to refinance, it has also greased the wheels for would-be home buyers. Mortgage application data has shown that a growing number of Americans have been applying for loans to finance the purchase of a new home, a positive sign for the spring home-buying season.

There’s one problem though, according to economists. “In order to take advantage of low mortgage rates, buyers will need homes to buy,” said Danielle Hale, chief economist at Realtor.com.

(Realtor.com is operated by News Corp NWSA,  subsidiary Move Inc., and MarketWatch is a unit of Dow Jones, which is also a a subsidiary of News Corp.)

In recent months, the inventory of homes for sale has an hit all-time low amid the high demand from buyers. The low inventory is largely the result of depressed home construction activity in the wake of the recession, which did not keep pace with household formation across the country. Many single-family homes were also purchased by investors during the bust years and converted into rentals, further constricting supply.

While home-building activity has ramped up since last summer, it is not occurring as such a pace that it could meet the demand in the market.

On the margins, the drop in rates could help push some people to sell their homes. Researchers have debated whether or not many Americans were “rate-locked,” meaning that the interest rate on their home loan was so low that it proved a deterrent from selling their home and buying a new one.

‘If we see significant weakening in the broader economy, including weakening of the job market, it is hard to envision a scenario where the housing market can remain above that fray.’

“These sorts of decisions tend to be shaped by factors more reflective of major events in individuals’ lives such as decisions to retire, have children, down-size, etc.,” said Mark Hamrick, senior economic analyst at Bankrate. “It is a lot different than opting to pick up a pack of chewing gum at the last minute at the checkout counter of the grocery store.”

Another factor that could prevent Americans from taking advantage of low rates is the overall health of the economy. If that takes a dive because of the coronavirus outbreak, then many buyers might get cold feet despite the potential savings they would be leaving on the table, Hamrick said.

“There’s no avoiding the fact that a home purchase is the most significant purchase individuals will make in their lifetimes,” he said. “That process can be fraught with nervousness under the best of times. If we see significant weakening in the broader economy, including weakening of the job market, it is hard to envision a scenario where the housing market can remain above that fray.” 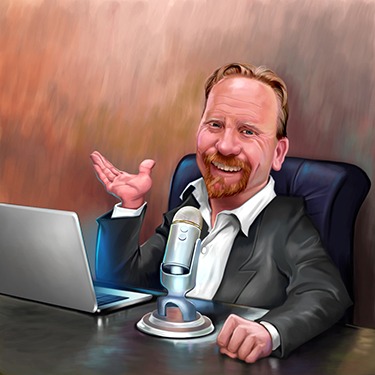 Mortgage rates fall to all-time low amid coronavirus concerns — here’s why you should think twice about waiting to refinancePublished: March 7, 2020 at 11:10 a.m. ETBy Jacob Passy

What is the amount of seller concessions

It Depends.Every Buyer has different Needs and Wants.  That is no different when it comes to closing costs and   pre-paids.There have been a few incidents in which agents have asked

Why Do You Need a Home Inspection?   By YourSuperInspector.com It Reveals Critical Decision Making InformationA quality home inspection can reveal critical information about the

Welcome to Johnny.SAHouses.comBelow is an excerpt from an article I found on Homegain.com.  When you are getting ready to sell your house, there are some key improvements you can make, that

Should you require assistance in navigating our website or searching for real estate, please contact our offices at 210-495-5252.

By registering, you agree to our terms of use and that real estate professionals and lenders may call/text you about your inquiry, which may involve use of automated means and prerecorded/artificial voices. You don't need to consent as a condition of buying any property, goods or services. Messages/data rates may apply.